Otoplasty in technical terms, is a surgical intervention that can be performed on men, women and children.

Cosmetic Ear Surgery is performed when ears are asymmetrical to each other, angled forward, backward or sideways, and in cases where the ears are larger or smaller than the facial structure. The reason of preference for cosmetic ear surgery is aesthetic concerns.

Turkey’s success in this regard is well known throughout the world. Almost all the cosmetic surgery operations in Turkey guarantees a 100% satisfaction. We as Estenbul Health will answer every question you could have about the cosmetic ear surgery in this article.

The ear structure completes its development between the ages of 4 and 6 on average. Parallel to growth after this time problems also begin to present themselves. Ear problems, especially in childhood are; the condition where the ears open forward, backward or to the sides and is generally defined as prominent ears. Prominent ear problems are one of the factors that cause children to be psychologically affected at a young age. Prominent ear appearance can cause the physiological mockery of the person along with having additional negative effects to that person’s appearance. Therefore, getting the operation done as early as possible will prevent the loss of self-confidence caused by the physiological appearance in the development process of the person and also other psychological damage. 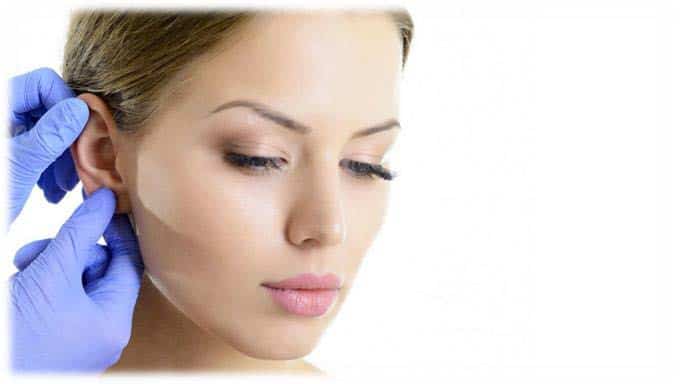 What is the ideal age to get cosmetic ear surgery? 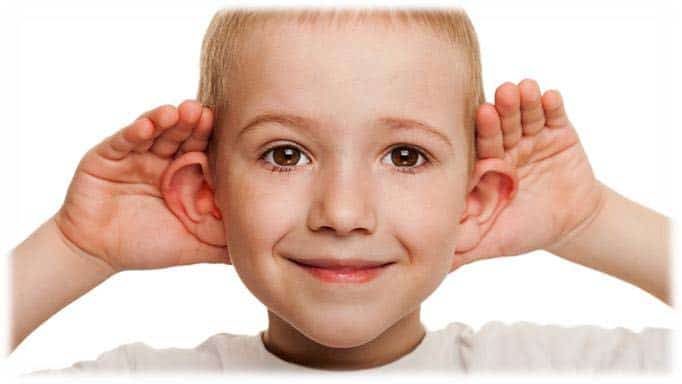 How is ear surgery performed?

Cosmetic ear operations are evaluated in two separate categories for adults and children.

Cosmetic ear surgery takes an average of 60 to 120 minutes.

The method that is going to be performed varies in cosmetic ear operations in accordance with the process. In some cases, cartilage tissue is treated with an incision made between the ear, while in some cases, ear shaping, called rasping, is performed. After the operation stitches are applied in the area of ​​the incisions, since aesthetic stitches are applied in these operations, the scars will disappear shortly after the operation.

Turkey’s success in all the aspects of plastic surgery all over the globe in recent years has become a topic to talk about and cosmetic ear operations in general has achieved extensive success in this regard. Located among the metropolises of the world, the success about cosmetic ear operations of many clinics and specialist physicians in Istanbul are also generating many success stories that are increasing by the day.

Will there be a scar after ear aesthetics?

Cosmetic ear operations are performed by making an incision in the back of the ear. The incision is made in a way that is not going be visible and the stitches applied at the end of the operation fade away and after an average of 6 months, there will be no marks left in that area. As in all cosmetic operations, in cosmetic ear surgery the service must be obtained from physicians who are experts in their fields. Unfortunately, it is also possible to say that if the operation is performed by an inexperienced doctor, patient may not achieve the desired appearance after the operation.

Will there be a hearing problem after cosmetic ear surgery?

Cosmetic ear operations are interventions made externally on the ear. Therefore, it does not cause any hearing problems.

Since cosmetic ear surgery is also a surgical intervention, professional health institutions and specialist physicians in this field should be consulted. Turkey provides successful results in the field of otoplasty operations, we as Estenbul Health are providing this service in Istanbul with our specialist physicians.

Cosmetic ear surgery is among the fastest recovery operations compared to other cosmetic operations.

After the operation, a bandage will be placed around the ears to hold them steady. This bandage should remain attached to the ears as long as the physician suggests. This period is between 2 weeks and 4 weeks on average although it may vary according to the operation. It should be worn continuously for about 3 weeks.

After ear surgery, as in all surgical operations in general, it is normal to feel pain when the effect of anesthesia passes although these pains are not severe to affect the normal flow of life and they are preventable pains with mild painkillers. In such cases, patients must use the medications prescribed by the doctor.

Bruising and edema are normal after ear surgery but there is no need to panic since they will be healing on their own in 2 weeks.

The bandages that are applied after the operation should remain in the ears for an average of 48 hours and the ear area should be protected from all kinds of contact.

Shower is not recommended for the first 2 days after the operation.

If the patient is using blood thinners, it should be paused under the control of the physician in the first week after ear surgery.

As it is in all cosmetic operations, the protection phase in ear surgery is quite important. Especially in the first 2 months, this area should be protected very carefully, and the physician’s referrals must be shown compliance.

Who can get cosmetic ear surgery?

Turkey is one of the most successful countries in this the world of cosmetic and plastic surgery and offer more successful results compared to other countries. However, it is not possible to give exact information for pricing since preliminary pricing for cosmetic ear operations are made by specialist physicians who determine the price based on examination and complications if there are any. Although many clinics seem to offer a fixed price, these prices are likely to change afterwards. Since each individual is different their cosmetic ear operation prices will be different, therefore, to offer a fixed price is both not possible and not right.

You can contact us to make an appointment to free preliminary examination and ask everything you wonder about cosmetic ear surgery to health care professionals and our specialist physicians in this field in Turkey.

© Copyright     |   Estenbul Health Hair Transplant Turkey   |   All Rights Reserved
The information found in this website is prepared to inform people, and can’t be used to treat any kind of illness or diagnosing any kind of disease. Our Web site is purposed to provide information about the services we offered according to the Health Minister’s 15/2/2008 date and the regulation numbered 26788 Article 29th.